RF shielding is the process of reducing the electromagnetic field in an area. This reduction in RF occurs by the blocking or absorption of waves with materials that are either conductive or magnetic. The blocking materials are called shielding. Shielding can be present on cables, power cords or the entire device’s enclosure.

What materials block or absorb RF?

Metal is the best material to block electromagnetic energy. The metal could be sheet metal, metal screens, or metal foam. However, metal is rigid, heavy, and expensive. Because of this, other materials have been created to provide the RF blocking properties of metal without the drawbacks. These materials are lighter, flexible, and sometimes less expensive.

Resins and fabrics are designed with RF blocking material woven. Likewise, some paints, inks, and coatings have RF blocking properties. These materials often consist of a carrier metal loaded with very small particulates of another metal such as nickel or copper. Copper is used for RF shielding because it absorbs electromagnetic and RF waves.

What Items Should be RF Shielding Tested?

As a shielding effectiveness test lab, Keystone Compliance tests a variety of products. Material samples are just one of the many items we can test. With technology advancements, manufacturers must push the envelope and find more flexible and cost-effective materials that can block RF. Some of the materials we have tested include: fabrics, resins, glass, paints, and inks.

When testing an enclosure, the most common points of concern are cables, fans, and inputs/outputs. Essentially, what are the holes in the enclosure, and are the gaskets, filters, insulation, and other components sufficiently blocking RF.

The last test item we test are facilities. The most common facilities are military, medical, industrial, and utilities. Electromagnetic Pulse (EMP) attacks are a growing concern and have prompted new standards and hardening requirements.

How is electromagnetic shielding testing completed?

The process of shielding effectiveness testing depends on what is being tested. The testing or materials for RF shielding is completed by having two connected EMC test chambers with a shared wall. This shared wall has an opening in which the material sample is placed. The RF shielding test lab will place a receiving antenna in one chamber and a transmitting antenna in the second chamber. Then, the transmitting antenna will transmit a set of RF waves. Lastly, the receiving antenna will record all of the electromagnetic signals received.

To determine how well shielding material performs, labs conduct an analysis of what was transmitted and received. Any RF noise transmitted but not received was effectively blocked.

To test electronic devices, an EMC test chamber is used. First, an EMC test engineer will operate the device to be tested. For part of the testing, a receiving antenna receives and records all of the EMI generated by the device. Upon completion, a transmitting antenna will transmit signals at the device. The objective is to determine if there are unacceptable impacts on its operation.

Acceptable and unacceptable criteria generally depend on the device and its purpose. For instance, a blip on the screen of a video game might be acceptable. Whereas a blip on an aircraft navigation system might not. The test standard often details what is acceptable and what is not.

Testing the shielding effectiveness of a facility is similar to the testing of a material sample. Antennas are placed on both sides of the structure. The structure could be a vent, a wall, a window, a door, or any other physical barrier. Next, one antenna is to be receiving and the other transmitting radio frequencies.

The shielding effectiveness of facilities is important for certain industries such as military, aerospace, health care, and industrial facilities.

Keystone Compliance has developed the reputation of being a leader in electromagnetic shielding testing. Our engineers not only provide testing but can also assist in the design and implementation of shielding effectiveness test improvements. Please contact us for more information on how Keystone Compliance can assist you with determining and improving the RF shielding of your product. 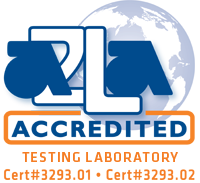 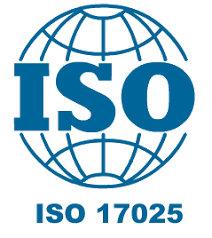